Ever since Sunday night, Gavin hasn't been himself. He was fussy and was sleeping more than usual. I started to worry, thinking it was due to the start of his possible seizures again, but then he came down with a fever of 102 degrees and I realized that he was just coming down with something, which he proved to me when he got a stuffed up nose and a cough. Monday he slept most of the day and didn't even really want to be held. He seemed to be telling me what his shirt says today: 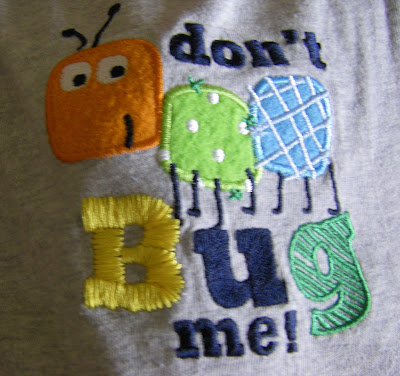 He is still coughing, but is happier and more himself today. He even scooted his way over to his AFO's and stander today to check them out. 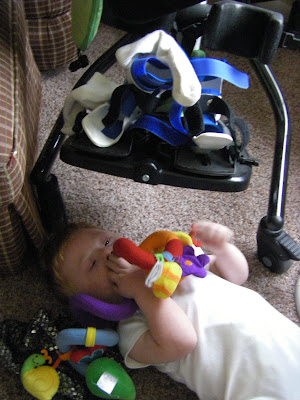 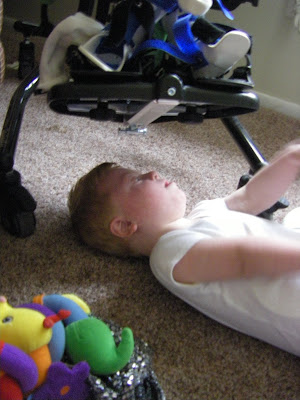 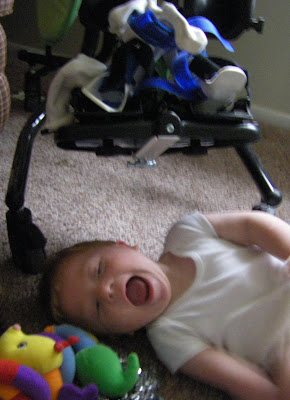 I haven't put him in them all week since he has been feeling so rotten, but maybe I'll try again today, since he is doing better. In fact, this is how he has been all morning.....All Smiles! 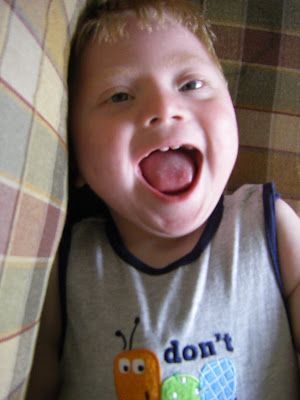 Glad to hear he is feeling better. I just love all his shirts, they are so cute! By the way, do you think I can borrow his "don't bug me" shirt? I need to wear that around some people today! Probably wouldn't fit that great... oh well!

I love Gavin's smile too! Hopefully his "bug" will go away quickly!

Oh.My.Gosh!! I love that last picture. He sure doesn't seem "bugged" by the camera! :)

Glad you're feeling better, Gavin! You have one of the sweetes smiles I've ever seen!