So, are you wondering if the Botox treatments are working for Gavin?

Well, this is day 7 and this is supposedly when it's effects start to peak. And, we think that it is definitely making a difference for him! It isn't a huge difference, but there is definitely good improvement!

It's easier to bend his hips for sure! This makes for easier diaper changes and clothing changes. As for his ankles, they are still very stiff, but there still is improvement in their flexibility. I wasn't sure about this, but Joel thought that he had more range in them. The test came when I tried putting his AFO's on his feet. It was at least 50% easier than it normally is! This is WONDERFUL! I thought that maybe I was just thinking it was easier, but even his teacher thought that it was easier getting them on. 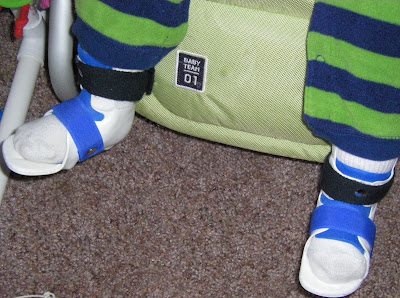 Normally Gavin will only wear his AFO's for an average of 30 minutes at a time. At this point he usually begins crying and nothing will calm him until we take the AFO's off. On Friday he tolerated them for 2 hours! Before the Botox his ankles were so tight that he was constantly pushing his feet in the AFO's and this probably caused him pain. Now, his ankles are a little more relaxed, so he doesn't fight them as much. 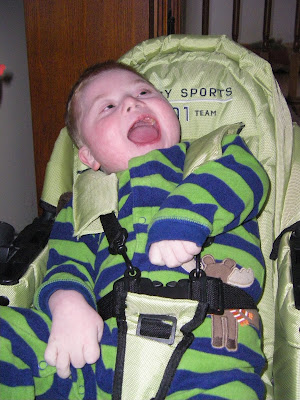 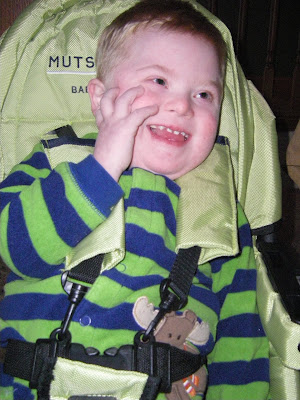 And, he's even happy while wearing them! YAY!

He played like normally he does and didn't seem to even notice that they were on his feet! 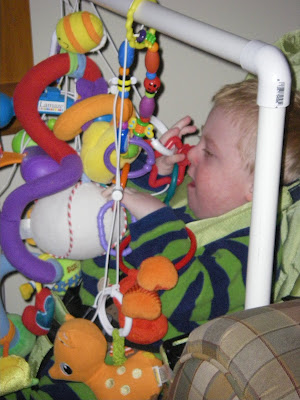 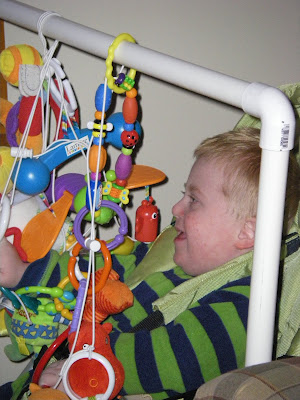 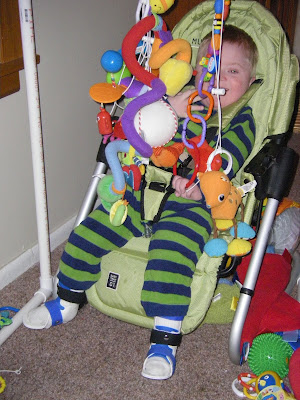 Hopefully this continues and hopefully the next few days will bring about even more looseness!

I'm happy to say that Botox has been a success! Not a huge improvement, but definitely better than before!


"If the ax is dull, and one does not sharpen the edge, then he must use more strength; but wisdom brings success." Ecclesiastes 10:10
Posted by The VW's at 8:45 AM

That is fantastic news! I am so happy that he was able to wear his AFO's for that long without crying. :)

Great news.Really wonderful news.I have know a few different children who have really benefited from the treatments and here's praying that sweet Gavin will continue to reap the benefit's.Amazing ... a drug known for reducing wrinkles can help ease these little loves road,while making forward movements towards their milestones ... and Gavin is doing an incredible job.As are you!

Thank you for your support on the issue going on over at Zoey's blog ... really disappointing to say the least.

Yeah! He definitely looks like a happy little guy!

I'm so glad its working for him. We went and saw a rehab clinic, and she said its easier to help tight kids than really loose kids. So she had nothing to offer for Jax severe hypotonia from his brain injury. Oh well!

Yeah for the botox! Hopefully things will continue to loosen up.

Thank you, God, for Botox and for allowing it to work for Gavin!

Great the Botox is doing its job. He has one great smile.

We are about to go get the first pair of AFOs...fun.