It has always bothered me when people use certain words to get their point across to someone. One of these words is the R-word (Retarded). Words may be "just words" to some people, but to others they make a huge impact on them. I think that it's important to look out for those who might not have the ability to stick up for themselves. This is part of the reason I have this blog.....to stick up for Gavin and to give him a "voice", since he is unable to make one for himself.

Having Down syndrome may mean that Gavin is clinically retarded, but it doesn't mean that he is less important than the rest of the population. I believe that God made Gavin "perfect" in His eyes and that He has a special purpose in having Gavin here. Gavin may not be able to do a whole lot, but I know that he has taught me and others A LOT! He is the greatest "teacher" that I personally know!

Here is more information on this day:

(Pause music on the left side-bar to hear the following message.)

It may not hurt Gavin's feelings when people say things about him, but it sure does hurt mine! And, there are many people in this world that are affected by this word! I think that it's time to make some noise! 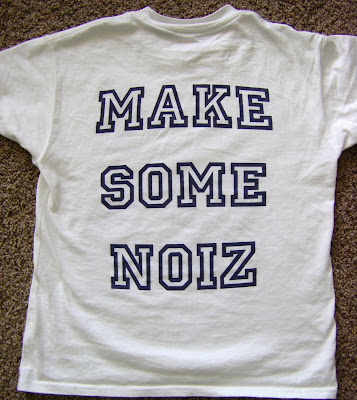 All of us need to be aware of the hurt that can be caused when we don't think of others first! Everyone hurts in this life, so why don't we start here to stop the hurt?!

This is all that it takes! Stand up for yourself and those who can't stand up for themselves! All it takes is one person! Are you ready to join the fight?! 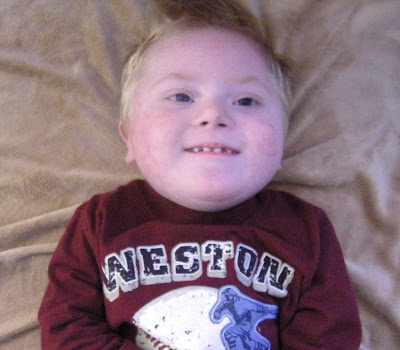 
And, remember that the cool R-Word is actually Respect!


Also, Check out this awesome speech from a brother who loves his sister very much!


"If the ax is dull, and one does not sharpen the edge, then he must use more strength; but wisdom brings success." Ecclesiastes 10:10
Posted by The VW's at 9:51 AM

Amen! Using the R word as a synonym for stupid or any other putdown is just plain wrong.

I am standing up for Gavin today!

We all probably do/say things that are insensitive to those around us because we don't know what they've experienced. Way to go, Jacob, for respectfully calling attention to something that was hurtful--and what a great response! Good lesson for us all.

I took the pledge last year. so important!!

I love the way you advocate for not only Gavin but for ALL children. Good, good stuff.